NAPA SHOW UPDATE:
Unfortunately, due to circumstances beyond our control, we’re forced to cancel our September 16th show at JaM Cellars Ballroom. Refunds will be available at your original point of purchase. We hope to be back soon!

We are thrilled to share our merch collaboration with the incredibly talented AJ Dungo, who illustrated us for this limited merch series. The Limited Edition AJ Dungo Capsule is available now in the Official SSPU Shop HERE.

AJ Dungo is a surfer and illustrator known for his 2019 graphic novel In Waves.

NOTE FROM CHRISTOPHER:
AJ is not only my cousin-in-law, but he’s one of the most talented and hard working artists I know. This means a lot to me to finally be able to work on a project with him and introduce you to his amazing body of work. Hope you enjoy it as much as we do. ~x 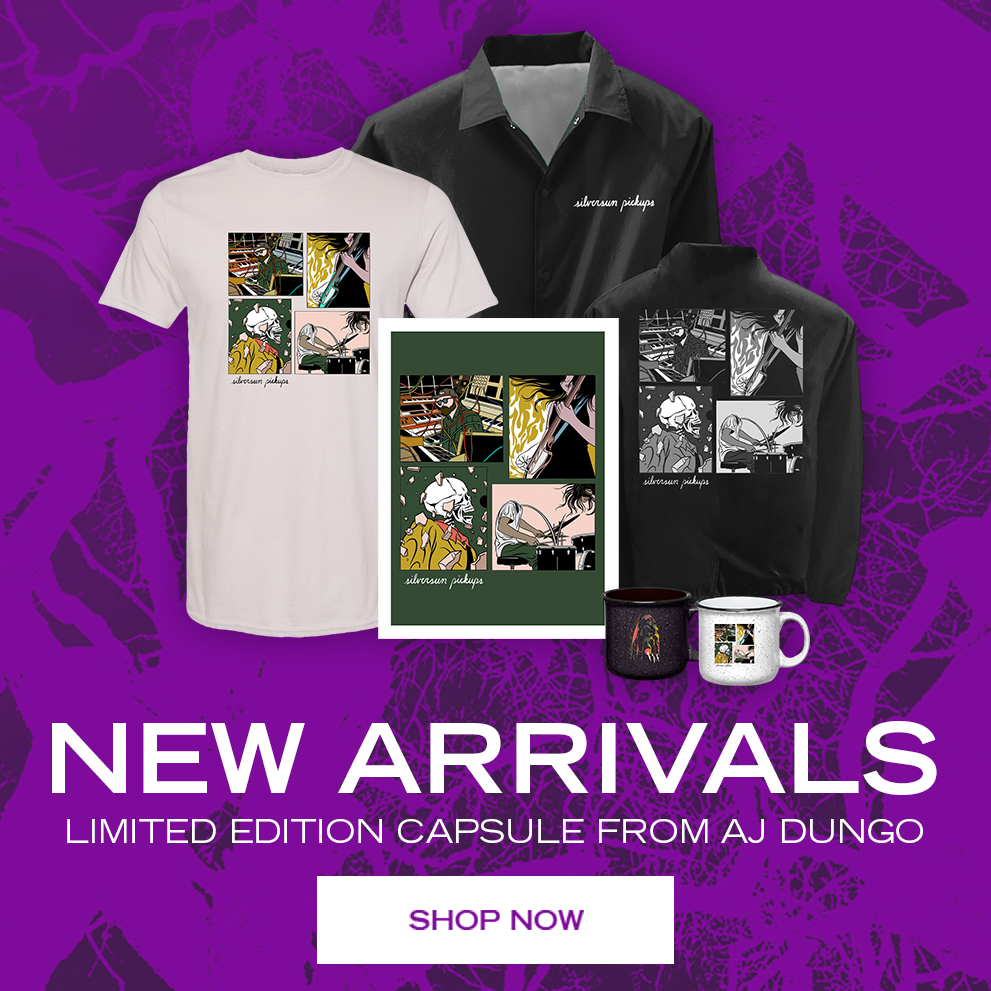 We’re excited to announce that we will be back on the road this September for a handful of dates in California and Nevada with our special guest Zella Day!

Our fan pre-sale begins Wednesday, July 28 at 10am local time HERE. Please note that the Napa show will not have a pre-sale and will go on sale to the public Tuesday, July 27 at 10amPT HERE.

General on-sale for all dates starts Friday, July 30 at 10am local HERE.

Details for each exclusive pressing below. In addition to all exclusive color variants, Pikul & Swoon are available on black vinyl. Order your copies now HERE. 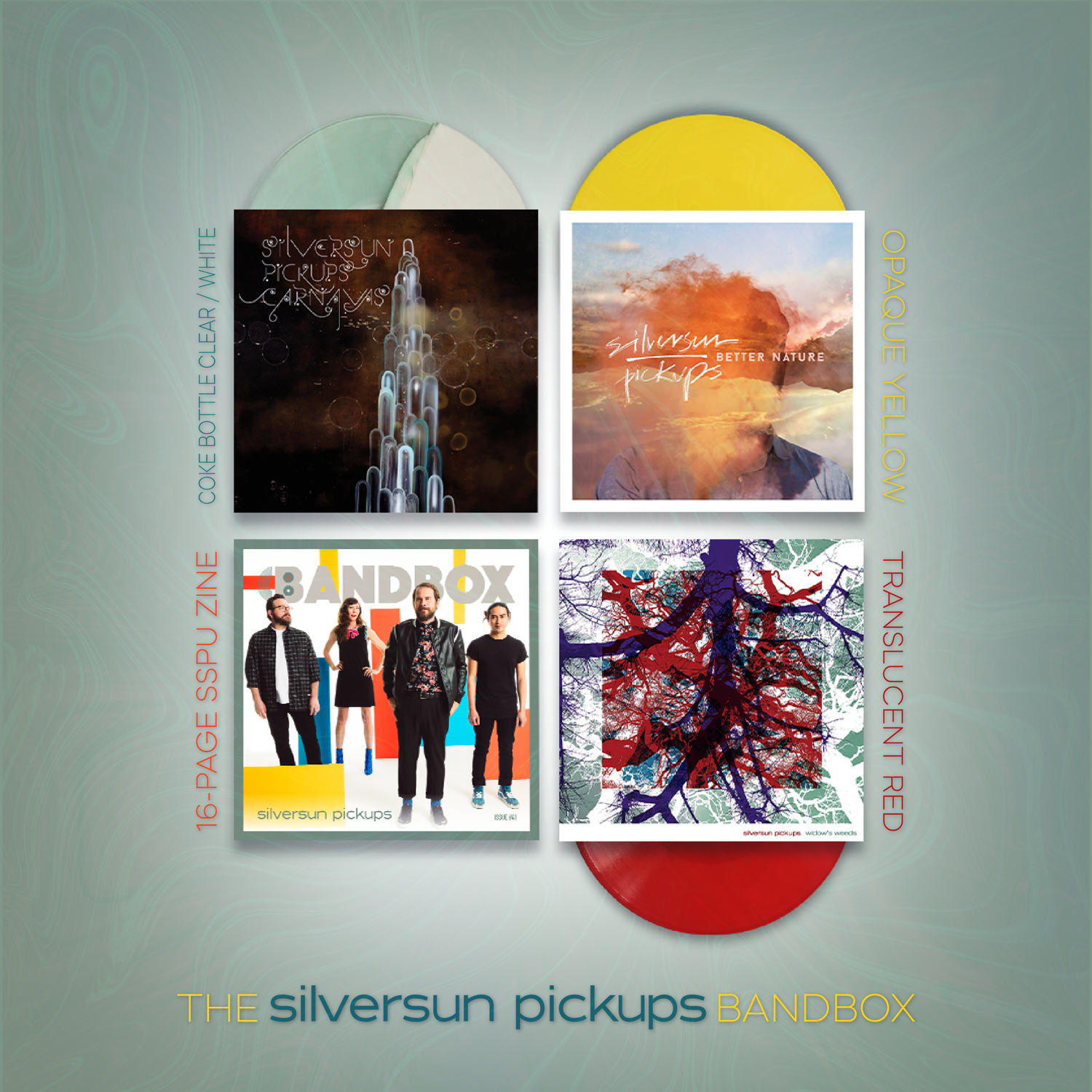 We wanted to make this anniversary extra special for all of you, so we recorded a podcast diving deep into the album. We give insight and commentary for each song, which rolls right into its respective track. Join us on this Widow’s Weeds journey HERE.

It was interesting for us to reminisce and think about this record. Since we made it, the world changed so much. We cover everything from feelings, mindset, the creative process, and technical approaches. It was fun, reflective, and we hope you enjoy it! ❤️ 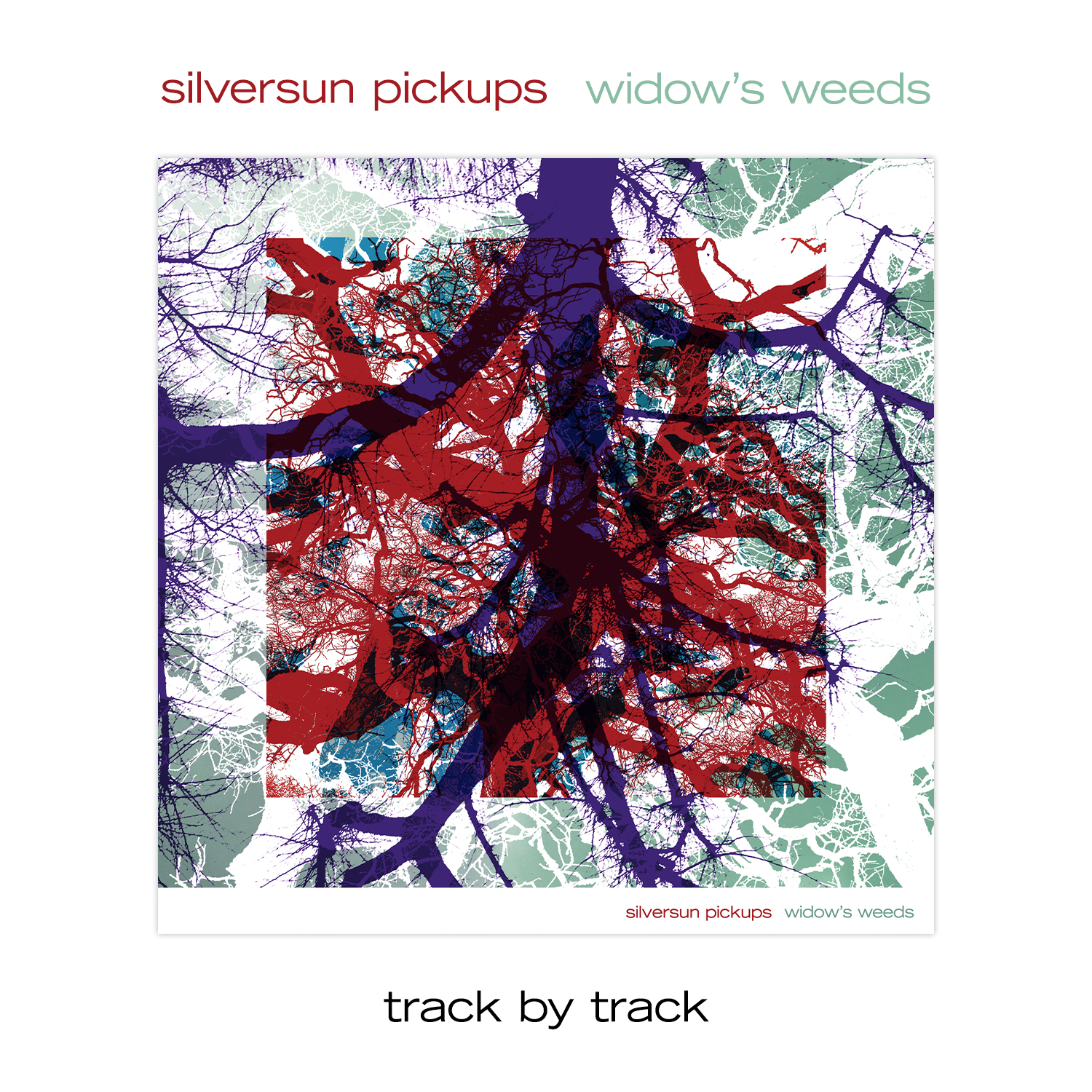 Two new Carnavas & Swoon Newbury Comics vinyl exclusives will be released on June 4th, and both are available for pre-order now HERE. Details for each pressing below. 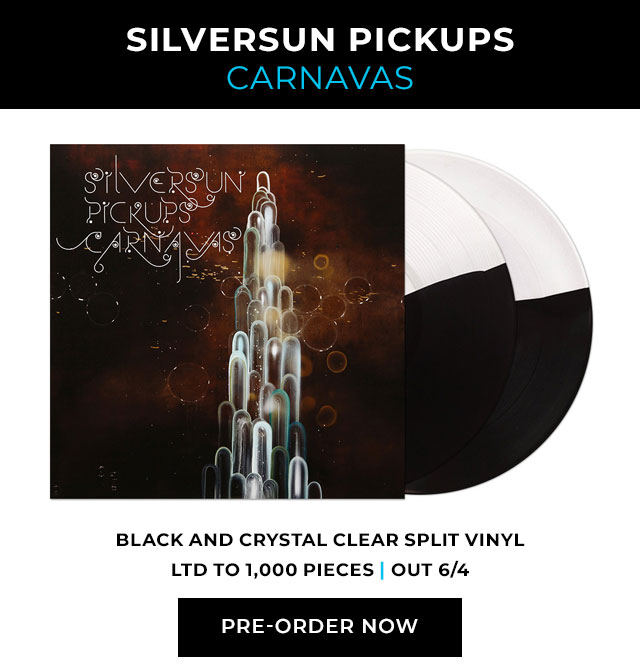 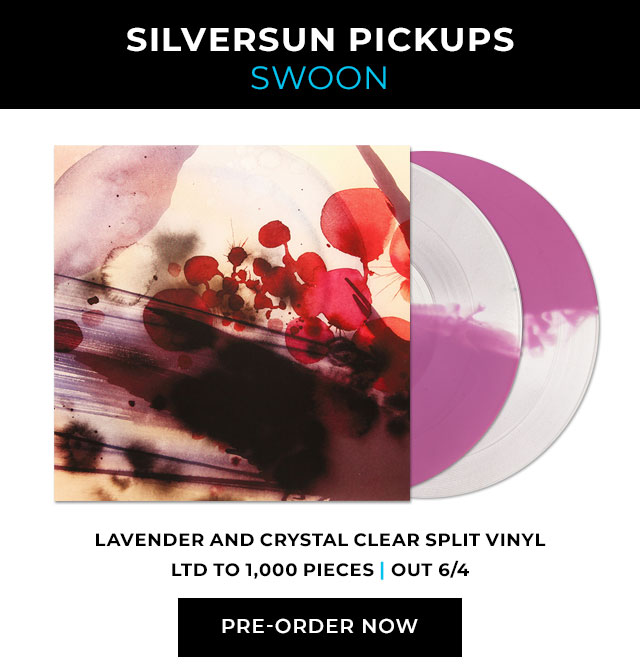 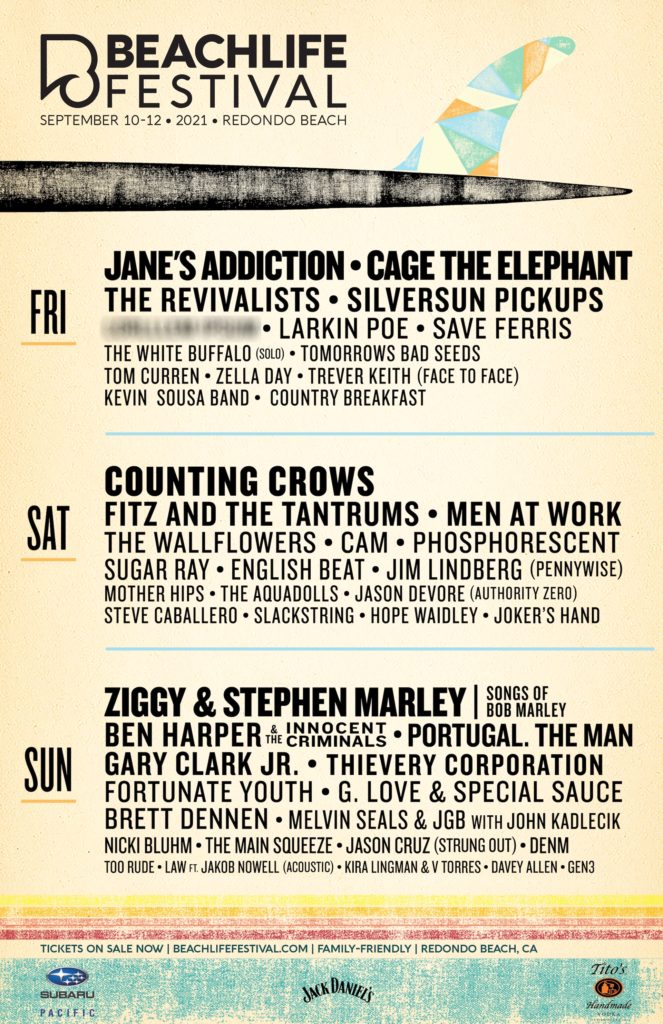 Please tune in & donate if you can!

Rock ‘N’ Relief was organized by Linda Perry & Kat Corbett (SiriusXM & KROQ) in order to lift spirits and send a positive message of hope and humanity to all the healthcare workers and those on the front lines, as well as raise awareness and funds to support CORE and their relief efforts. 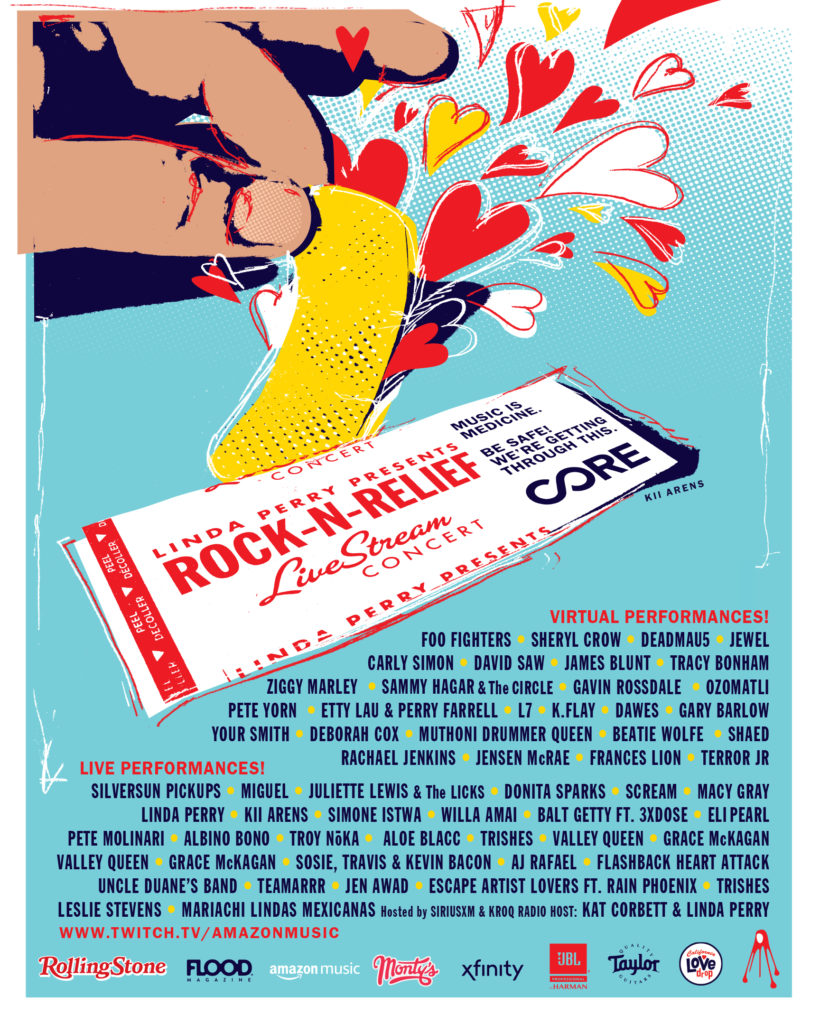 Join Brian this Wednesday (tomorrow) at 1pm PT/4pm ET for a live acoustic performance that will be a part of Amazon’s Prime Day. He will be playing “Toy Soldiers” along with some other SSPU faves!

You can stream the show via Silversun Pickups’ Twitch HERE. 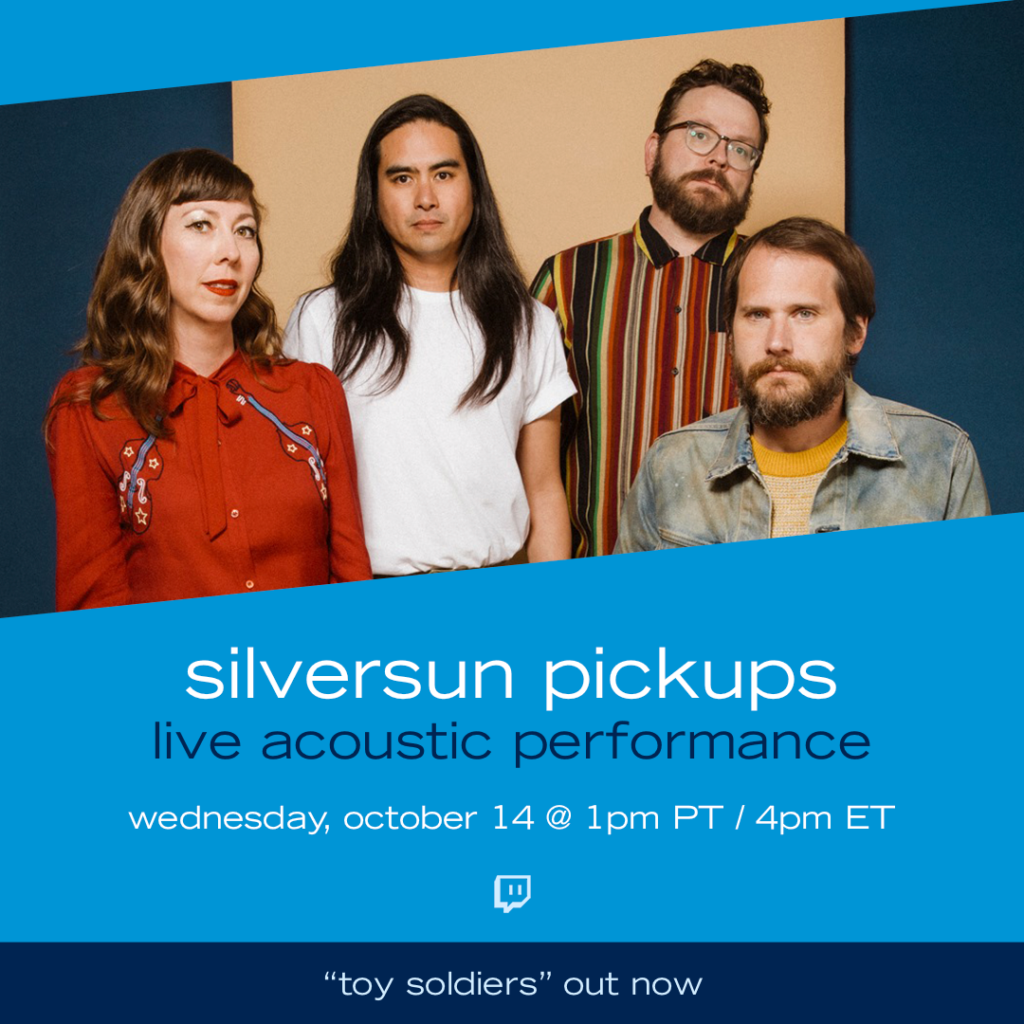 The event is a Halloween paranormal event, live-streaming from a haunted ship with celebrity investigators, interviews, music, and more. More details about the event HERE. 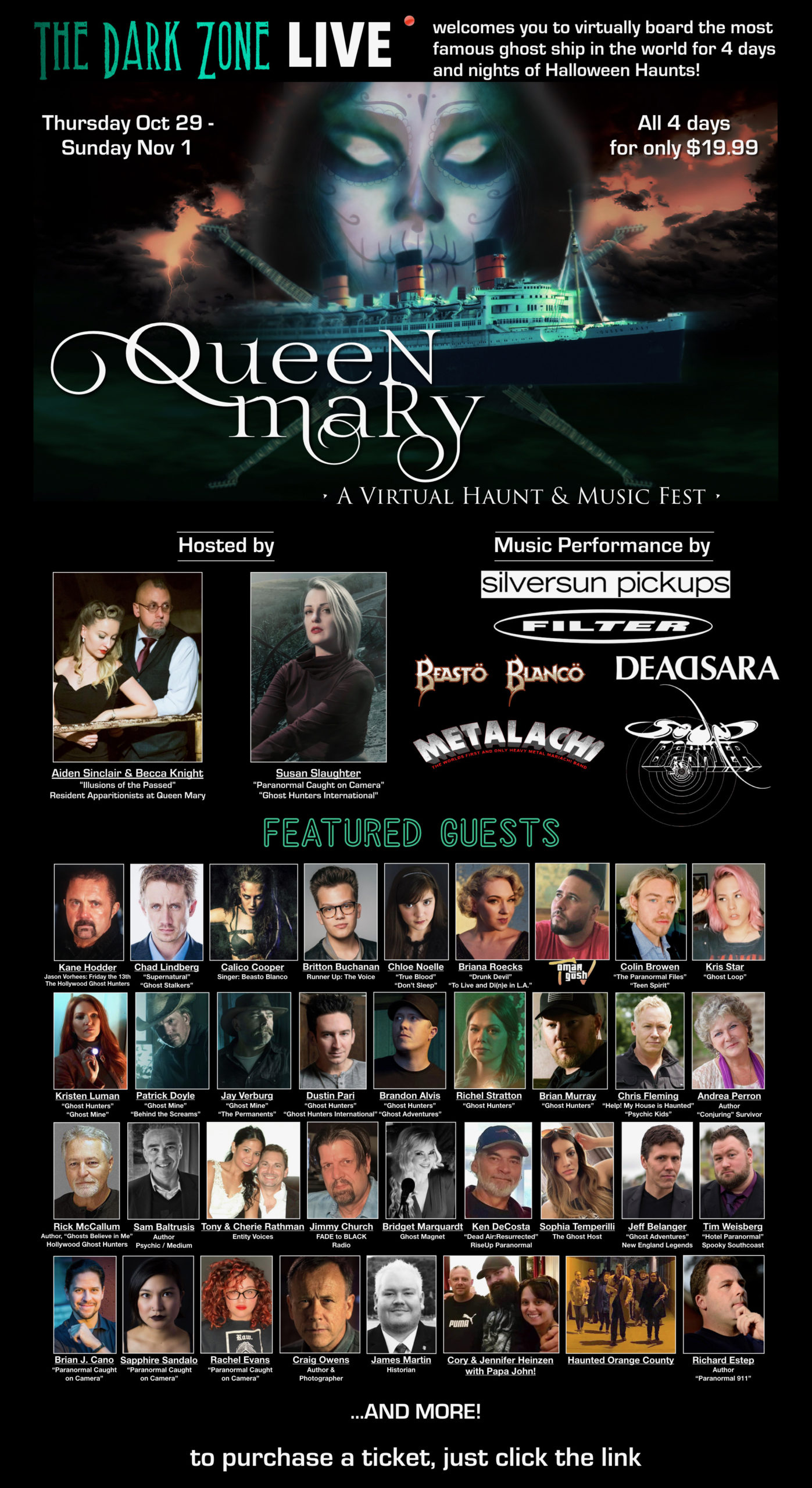 Have you registered to vote? Do you have a plan for how you will vote in this year’s election, given the stressful and challenging times we’re living in?

Voter participation is an incredibly important part of our democracy. The attempts we’re seeing to disenfranchise voters and the misinformation being put forth about absentee/mail-in ballots are an affront to free and fair elections, and the best solution is to get educated about the candidates and issues, and to make sure that your voice is heard and your vote is counted.

We want to help get people engaged and to the polls this November 3rd, which is why we partnered with Pledge 46! Pledge 46 now HERE and keep taking action for a chance to win a virtual meet-and-greet with us and one of our limited signed “Toy Soldiers” 7” vinyl. 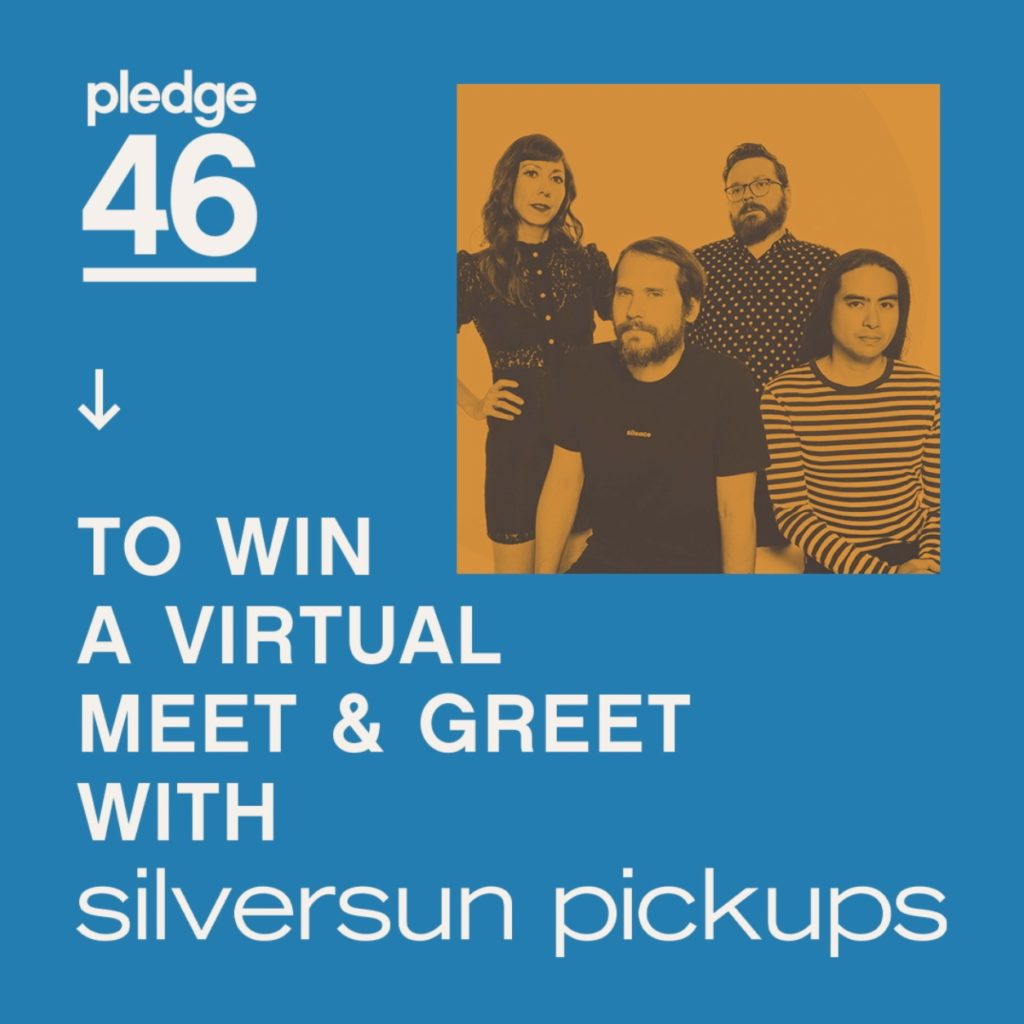 Join Brian this Thursday (tomorrow) at 2pm PT/5pm ET for a live acoustic performance celebrating the release of our new single “Toy Soldiers.” He will be playing the new song along with some other SSPU faves! 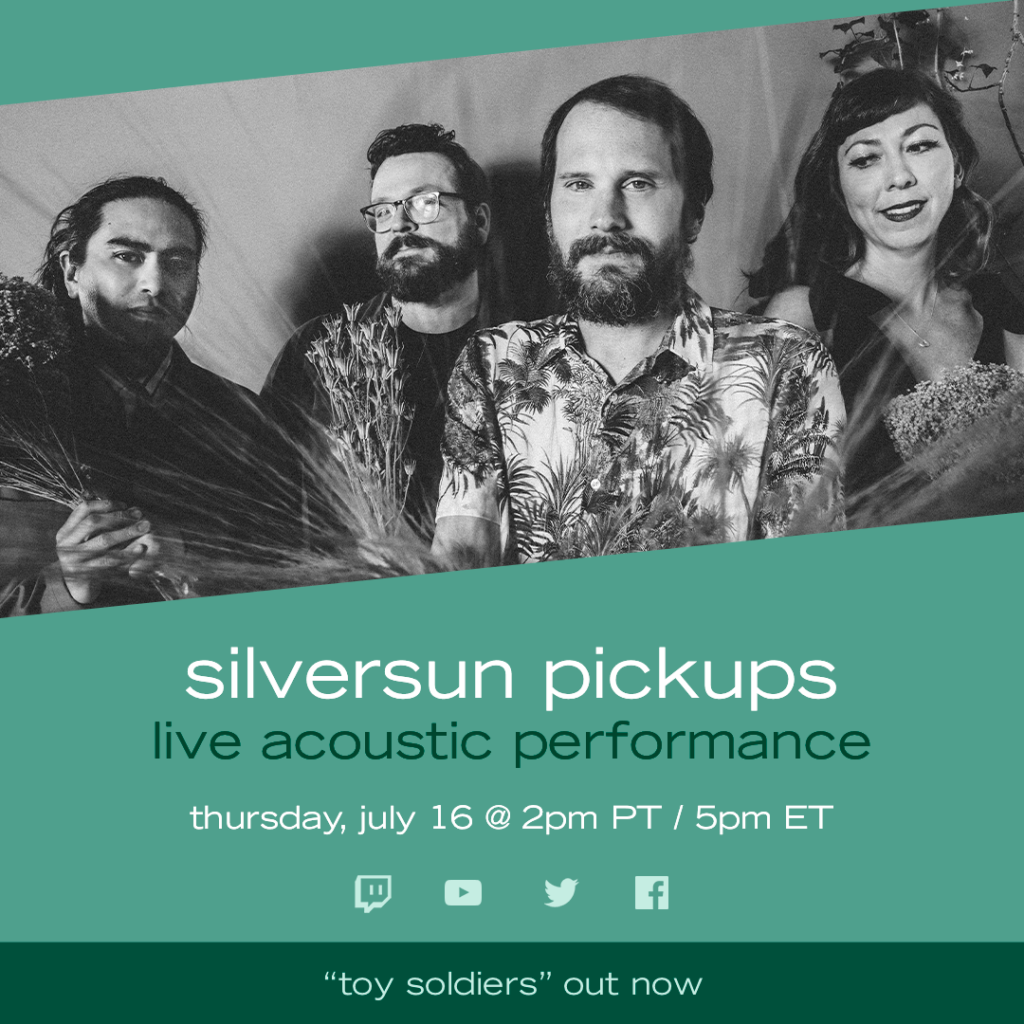 Music Diaries with Amrit Singh did a follow-up “At Home” episode with us in quarantine, which you can watch HERE. It features an in-depth interview with the whole band and a live performance of “Bag Of Bones.”

You can watch our first episode on Music Diaries HERE. 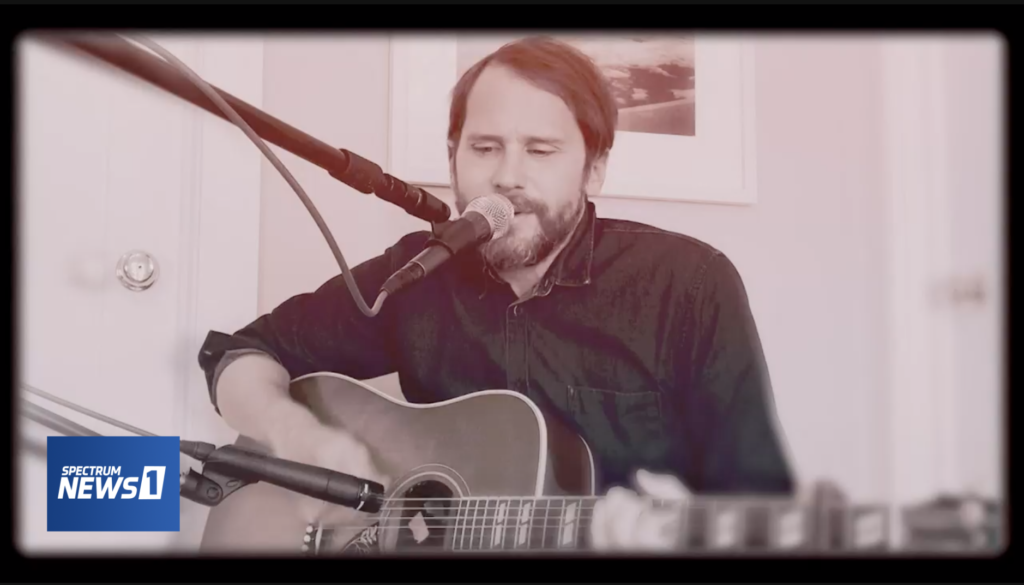 We were performing a cover of a song from The Lost Boys soundtrack for a for SiriusXM special and that got us thinking about songs from the ‘80s that we loved growing up, that had a big radio moment and was part of our cultural DNA. A song that you know right away when you hear it. We thought of “Toy Soldiers” as a great example of this and decided we should try and record it.

It’s a song that so many people are familiar with, and it was so important to not mess with the tonic of it. Vocally- this song is carried completely on the melodies, so we made that our anchor. We wanted to make sure it had all the same vocals, melodies and background melodies. The way the vocals are layered – that can’t be moved – that was a must. Vocally- this thing is carried completely on the melodies. We knew that was our anchor. We decided to strike the kid vocals, and this opened up a great space for Nikki.

There’s something about this song that hits me emotionally – this song has always hit me that way. At first, it wasn’t about the lyrics, but the feel of it. To be honest, I was not initially aware what the song was about, but listening to the lyrics, it was clearly about addiction. Someone else’s addiction. It’s pretty painful and very personal. You realize it doesn’t matter what the shell is, what the production is, what the era is…this is obviously a very personal story that at first I wasn’t sure we could touch. We ended up framing it into our own world and we think it works.

The song took a while to wrap our head around once we started recording it with Butch Vig, who clearly knows our history. I don’t think I’ve ever sung this intimately before. This version doesn’t feel bombastic and over the top, it’s crackling and tiny at times. Butch really helped with this. At one point, we thought it was done, but Butch wanted a more complex bridge, and this is where we threw in a curve ball, some weird things, inspired by Johnny Greenwood. The guitar solo during it was very important to me, and we quickly realized that the solo worked during that time period, but not when we did it. We put our weird stamp on it and it really came together. Ultimately, it’s going to feel heightened because it wasn’t our song – that was really fun to conquer.

We recorded this back in January and didn’t know where it would land, but now with this world the way it is, we felt it was a good time to release the song. We just wanted to shine a spotlight on Martika and this song. 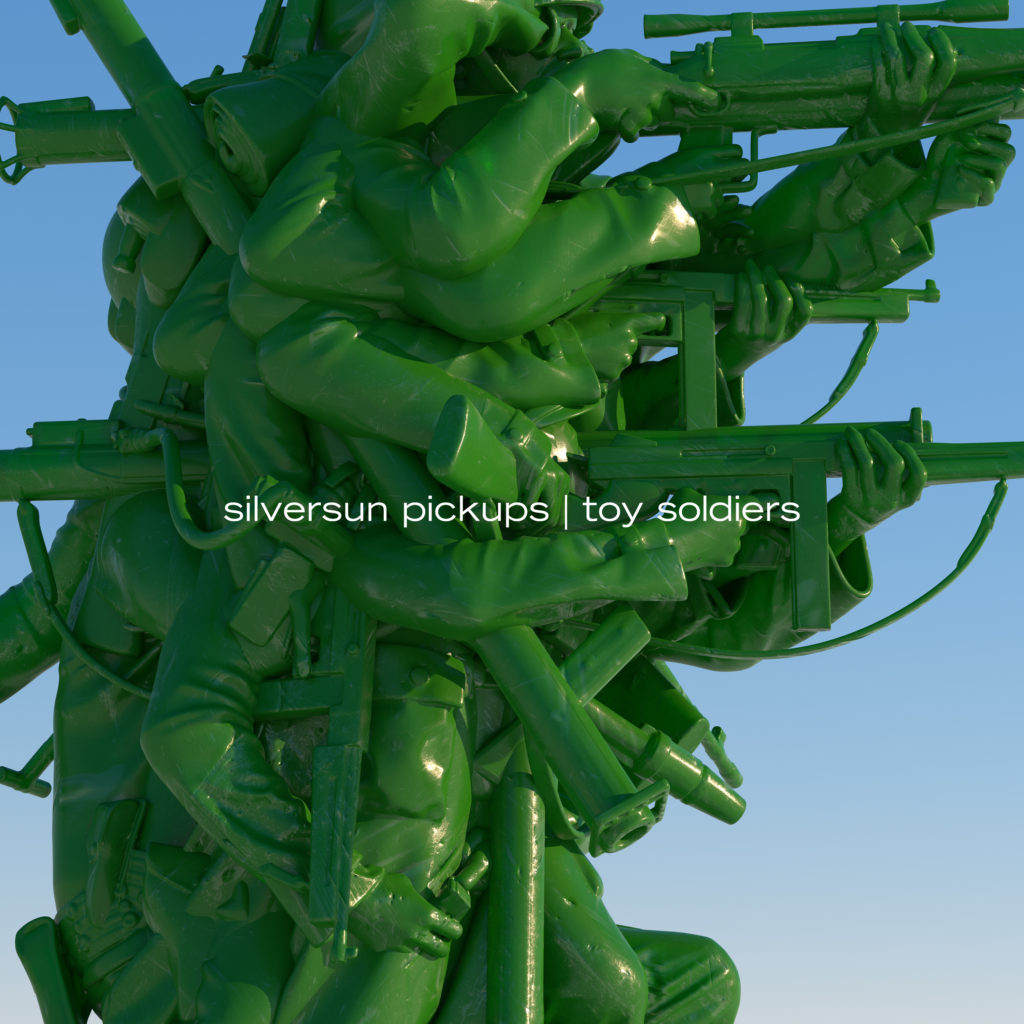 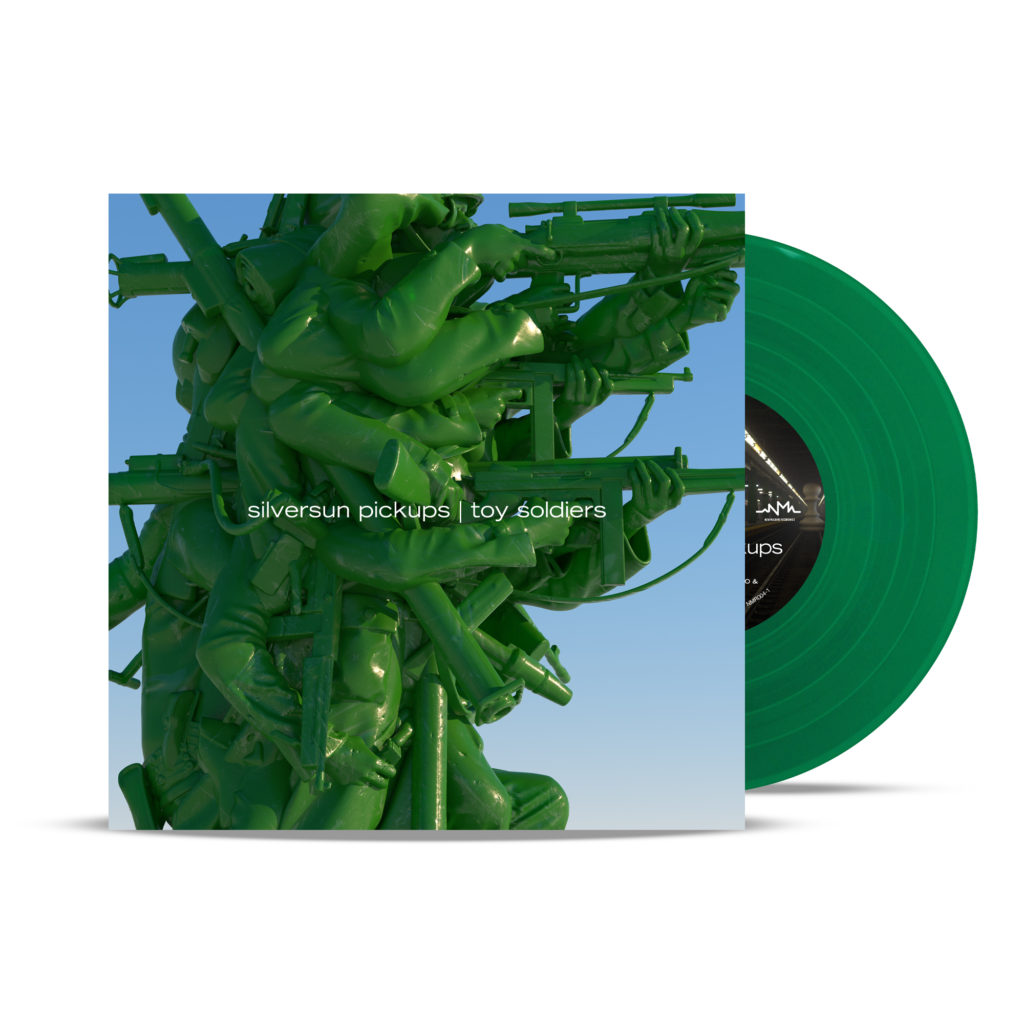 Covid-19 has put a heavy financial burden on so many people, including our incredibly loyal crew members, who work so hard to make our shows come to life for our fans. We released the below giraffe masks and bandanas, with 100% of the net proceeds from July sales going directly to our amazing & beloved crew. Both are available HERE.

Thanks for the love & support!

It’s with a heavy heart that today we announce the cancellation of our remaining 2020 tour dates. Your health as well as that of our crew and venue staff is our top priority, and we hope to see you all as soon as we are able. Refunds for all shows will be available at point of purchase. Please stay safe and look after one another.

There is so much music and culture on the line because of the COVID-19 crisis. As artists and fans of live music, we’re afraid of the possibility of losing some of our favorite independent clubs and venues. Please consider supporting the National Independent Venue Association, a group of over 1,600 independent venues and promoters in all 50 states.

We signed a letter that went to congress this past May, and you can help too by heading to SaveOurStages.com. #SaveOurStages