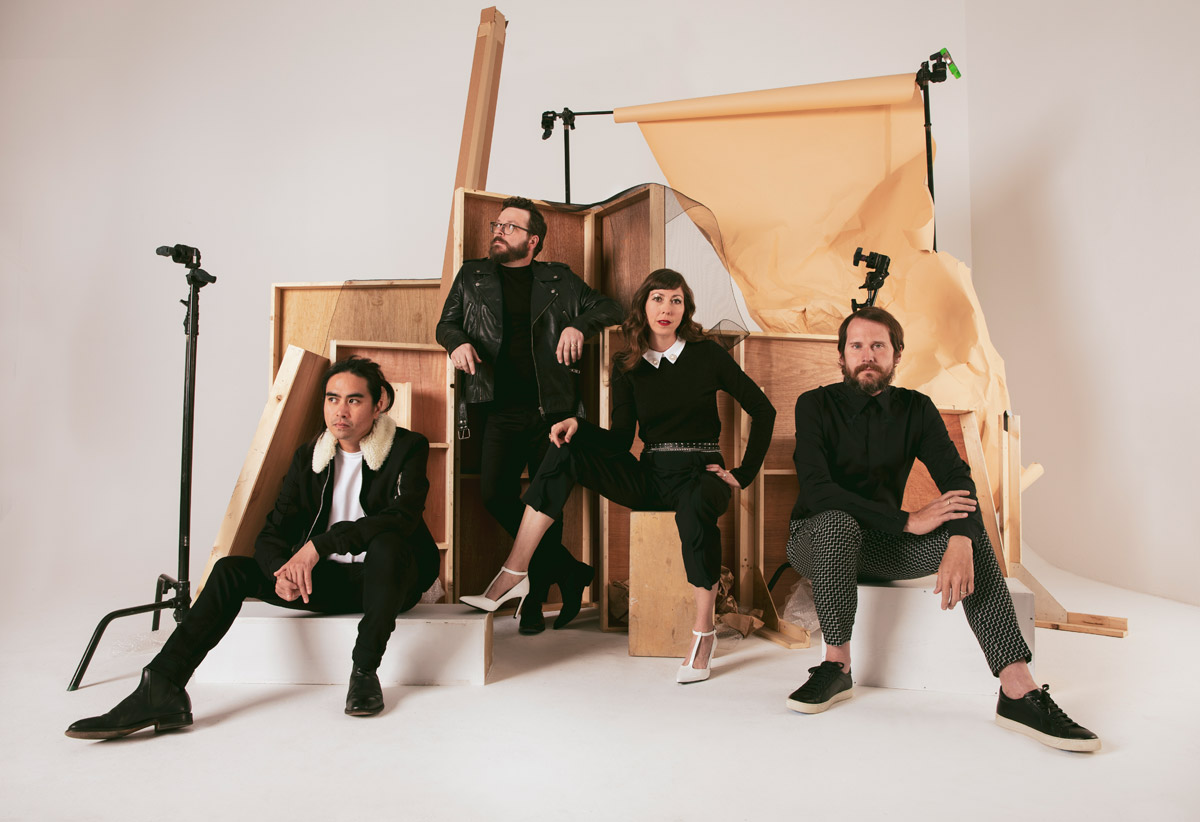 No matter how hard he tries, Brian Aubert can’t get away from his ’94 Epiphone Sheraton. “It’s the guitar I’ve always tried to break away from, and I always end up going back,” he says. “It just feels right.” For the last eight years, the guitar has helped Aubert deliver Silversun Pickups’ fuzzed-out, evocative guitar textures.

This winter, the alt-rock band was nominated for its first Grammy for Best New Artist. The band’s latest full-length album, Swoon, certainly lives up to its title. You can feel the swoon in grand, sweeping songs like “Substitution” and the creepy, romantic-y, “Catch and Release.”

Aubert’s tones and keyboard player Joe Lester’s melodies comprise much of the band’s signature sound. “We wanted to keep the blending that’s trademark to Silversun Pickups,” Aubert says, “…that keyboard-guitar haze with vocals overtop, where you can’t quite tell what’s what.” Aubert wrote the songs for Swoon alone and then brought them to the band to flesh out. He always writes using an electric guitar, unplugged. “It’s funny,” he says, “I’ve never written on acoustic before. I just like the feel of an electric… we never think about chords when we’re writing. Usually, it’s either a vocal melody that determines where music goes, or certain guitar or bass movements.”

Aubert wrote the angular, geometric-sounding song, “Panic Switch,” after realizing the album came off “like a nervous breakdown.” “I’m not sure why, because there was no actual nervous breakdown happening, but that was the vibe,” he says. “So, I felt like there should be something on the album that really hit that point in the most fundamental way.” —Anne Erickson